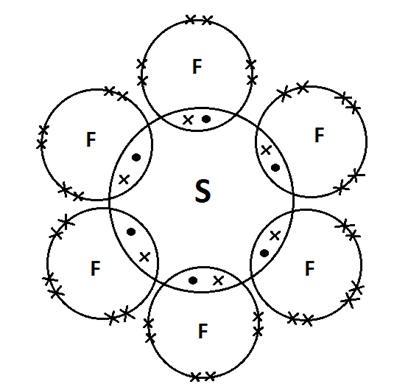 According to the Intergovernmental Panel on Climate Change, SF6 is the most potent greenhouse gas that it has evaluated, with a global warming potential of 22,800 times that of CO2when compared over a 100-year period. Sulfur hexafluoride is also extremely long-lived, is inert in the troposphere and stratosphere and has an estimated atmospheric lifetime of 800–3200 years.  Average global SF6 concentrations increased by about seven percent per year during the 1980s and 1990s, mostly as the result of its use in the magnesium production industry, and by electrical utilities and electronics manufacturers. Given the low amounts of SF6 released compared to carbon dioxide, its overall contribution to global warming is estimated to be less than 0.2 percent.

In Europe, SF6 falls under the F-Gas directive which ban or control its usage for several applications. Since 1 January 2006, SF6 is banned as a tracer gas and in all applications except high-voltage switchgear.